Azadi Ka Amrit Mahotsav is a series of events organised by the Government of India to commemorate the 75th Anniversary of India’s Independence and the glorious history of its people, culture, and achievements. As part of the celebration, Salwan Public School, Mayur Vihar, organized various Art activities on different themes like India in 2030(IV-V), 75 years of Independence (VI-VII), and One Nation, One Emotion, One Identity (VIII-IX). The event included Drawing and Colouring/ 3D (Pop Card)/ Collage Making. All the students participated in the activity enthusiastically. They felt proud to be a part of an independent nation that has given them not only freedom of speech but also the freedom to live life in their own way. 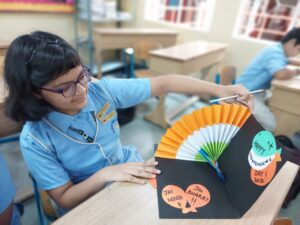 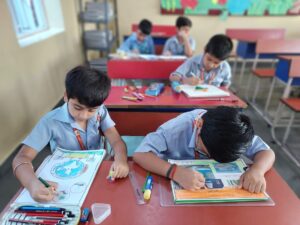